The One Mistake Everybody Makes In Their First Few Tweets 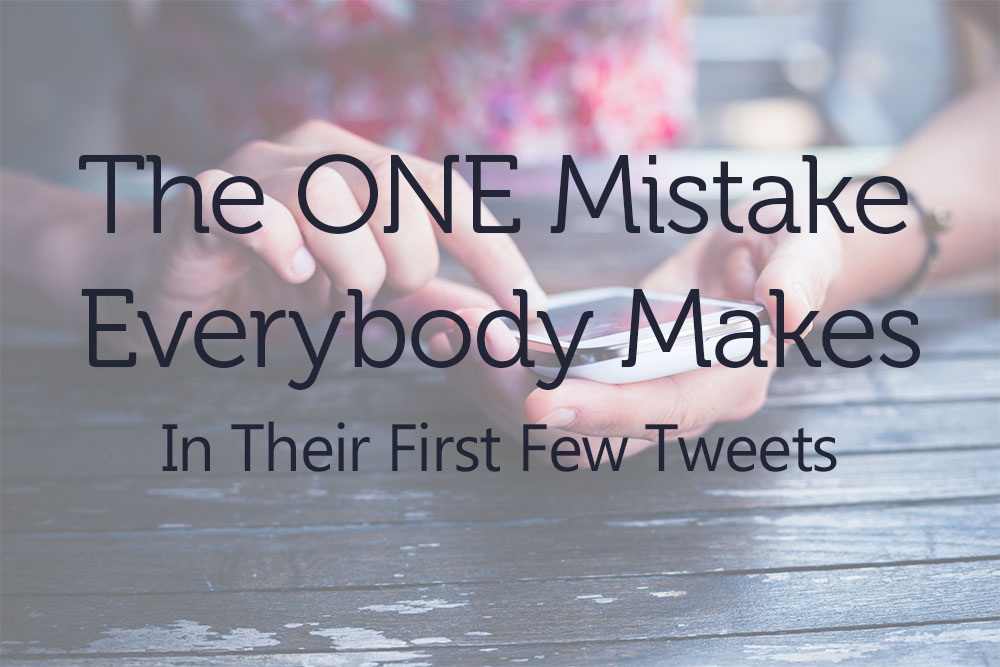 I am SO happy when I see people start using Twitter. One of my favorite things to do is talk friends and colleagues through setting up their account, choosing a handle, profile picture, and following their first accounts. Maybe even setting up Tweetdeck, if we’re getting really real with things.

But before all of this, I send people to Mom, This is How Twitter Works. I cringe at the name every time, because the goal here is not to demean anyone’s intelligence OR to discourage Moms from being on Twitter. It’s just an excellent resource for clearly showing you that a period is actually the best character you have at your disposal on Twitter.

Here’s why: If you begin a tweet with @inserthandle, ONLY the people who follow you AND @inserthandle will see it.

Why this is tough: Because if you’re unaware of this rule, you’re liable to tweet something like: @StarglassMedia knows her stuff about web development and social media! Go follow her!

And yet, no one will end up following me. Or rather, no one who doesn’t ALREADY follow me. Because only the people who follow the both of us will see this tweet.

Why? Because this is technically a reply, even though you didn’t intend it as such. And for a reply, Twitter presumes that the only people who will care about it are those that follow both you and the person you’re “replying” to.

Your secret weapon: A period. Just insert an extra period before the beginning @ of your tweet and you’re covered – the tweet will show to EVERYONE who follows you. Here’s your revised version of the same tweet:

.@StarglassMedia knows her stuff about web development and social media! Go follow her!

The little period before my Twitter handle is KEY. It’s a commonly understood convention and no one will look at you funny, I promise.