Hashtags: The 3 Ways You’ll Use Them 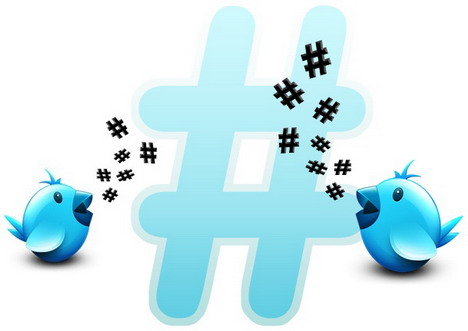 I’ve had several people come up to me lately and ask me what the deal is with hashtags. You know, when you see #anything on Twitter.

It’s kind of a weird question. I remember when I first got on Twitter back in 2009, and I asked my friend Ed why some things had the pound sign. “They’re hashtags,” he said. “I think they’re dumb and I don’t use them.” So I didn’t either, for the most part. Obviously at some point I picked up on what they were and how to use them properly (and how I cringed when I read my Twitter archive and saw the hashtags I thought were oh so clever). But for a social media marketer, explaining hashtags is like explaining the color blue, or the smell of lemons. How do you really quantify something that comes pretty innately to you now?

I’ve turned it over in my mind and parsed out that there are three basic ways to use hashtags on twitter in the present day.

1. Topics: Some people really do use hashtags to follow specific topics. For example, when I’m tweeting for @acfusa, I frequently use #hunger and #malnutrition, as these are major topics we cover and a fair portion of the other tweets with these tags come from other organizations who may be of interest to our constituency. Although the original intent of the hashtag was to allow a user to explore tweets on a given topic, I’d argue that these have sunk to the bottom of the barrel in terms of usefulness, overall.

2. Chats/Campaigns: The most major use of hashtags these days happens for following twitter chats and campaigns. Although their goals are different, I’m lumping these together because they work the same way – you follow a tag that a person or organization has developed for a specific period of time, and the tag is not necessarily intuitive. For example, I’m about to start following #PoCChat. Would anyone think to follow this without researching it or seeing it somewhere? Probably not, but several marketers know about it and participate. Most chats have a set time during the week when they occur, but it’s not uncommon to see people tweeting with the tag outside of those hours, at lower frequency. For campaigns and contests, brands will often invent a hashtag and use it to capture tweets and measure reach. Weight Watchers does a pretty cool campaign with Action Against Hunger every year called Lose for Good, and a significant part of the campaign (and resulting donation) is spending one day tweeting with a hashtag and spreading awareness of global hunger issues. #Kony2012 is another great example of a campaign hashtag.

3. Snark: On the more social side of twitter, hashtags have mostly been relegated to convey snark. During the brief moment when Charlie Sheen was all over the news with some pretty bizarre behavior, it became amusing (for maybe fifteen seconds) to tweet about something dumb you’d done with #winning attached. Similarly, I see tweets in my personal timeline hashtagged #fail. When I google something particularly odd, I’ll sometimes tweet it with #ThingsIAmGoogling. It sounds strange out of context, but when you’re using twitter for light social interaction, it works well.

As an aside, I’ll say I would have preferred they keep hashtags off of Facebook, but that decision’s been made and there’s no going back, I suppose. If you want my advice, I’d still tell you to keep them off. They are weird for digital natives and likely confusing for older users of Facebook who haven’t been exposed to the Twitter ecosystem.

Anything I’m missing? Do you use hashtags completely differently? Let me know in the comments!